The principal office of the National Health Care for the Homeless Council is in Nashville, Tennessee. Staff and contractors pursue our ambitious agenda in research, training, education, organizing, and advocacy from offices in various locations. Staff members include:

G. Robert “Bobby” Watts is the chief executive officer of the National Health Care for the Homeless Council and oversees all aspects of the Council’s activity in advocacy, training, technical assistance, research, peer support, organizing, and fund development.

A nationally recognized advocate and leader in meeting the health needs of people without homes, he has more than 25 years of experience in administration, direct service, and implementation of homeless health services. He began his work with people experiencing homelessness as a live-in staff member of the New York City Rescue Mission in Manhattan. Learn more about Bobby.

Hugo works with the research team to research health outcomes using data driven methodologies, Hugo collaborates with other community health partners throughout the country to develop educational materials pertaining to medical care for those experiencing homelessness. Hugo also disseminates data and provides ease-of-access to community partners throughout the nation, and assists in writing publications and scheduling educational seminars on public health amongst those experiencing homelessness.

Lauryn works with the research team to support the Health Care for the Homeless field by developing and disseminating knowledge, increasing visibility of HCH-related research through publications and external collaborations, and providing data-driven support to inter-departmental teams and workgroups. Lauryn serves as the Council’s subject matter expert on housing and HIV, and her work has focused on the social determinants of health.

Alaina provides oversight and guidance for the research activities of the National Health Care for the Homeless Council, which include quality improvement projects and providing educational resources for health care clinics that serve individuals experiencing homelessness. She coordinates and facilitates the Research Committee and Practice Based Research Network initiatives, which are currently focused on improving health outcomes and providing quality care across systems for vulnerable populations.

Lily coordinates the work of the Health Care for the Homeless Clinicians’ Network and develops resources to improve access to and quality of health care for people experiencing homelessness.

Andrea maintains the Council's donor and membership database; manages fundraising lists of individuals, organizations, and foundations; and provides a range of administrative services in the areas of philanthropy and member relations.

Barbara directs the policy and advocacy activities for the National Health Care for the Homeless Council. This includes conducting policy analysis, providing educational materials and presentations to a broad range of policymakers and other stakeholders, coordinating the Council’s policy priorities with national partners, and organizing staff assistance to the Policy Committee and the National Consumer Advisory Board.

Julia joined the Council in 2012 and leads our work on medical respite care. She provides guidance and oversight for medical respite activities including training, technical assistance, and resource and program development. Additionally, she is the staff liaison to the Respite Care Providers’ Network (RCPN) and coordinates and facilitates the activities of the RCPN steering committee.

Michael is responsible for strategic relationship-building and increasing representation of marginalized communities in all of the Council’s work. Leaning on these relationships, he coordinates the Council’s largely peer-to-peer technical assistance program, which provides support to health centers and other organizations serving people experiencing homelessness. He also supports the CEO in certain racial equity initiatives.

Dott is the Council's Senior Director of Advancement and has more than 25 years of fundraising experience in a variety of areas, including service-oriented nonprofits, health care, and education. Heading the Council's Advancement Team, she leads our philanthropy, communications, membership, media, and technology initiatives.

Melanie is responsible for oversight of all the financial and administrative functions of the Council and staffs the Finance & Personnel Committee.

Darlene oversees the work of the Education and Research Teams.

Joey works with the research team to support the Health Care for the Homeless field by developing and disseminating information, increasing visibility of HCH-related research through publications and external collaborations, and improving the HCH field and community’s capacity for quality improvement and engagement in research. Joey also performs activities aimed to increase the knowledge base, skill set, and resources of health center staff engaged in supportive housing initiatives in partnership with the Corporation for Supportive Housing (CSH).

Kelli provides technical assistance and supports the Council’s work on behavioral health and homelessness, focusing on the integration of behavioral health into primary care settings. She works specifically on the Health Resources and Services Administration’s Center of Excellence (CoE) for Behavioral Health Technical Assistance (BHTA), which includes the development and execution of webinars and peer learning opportunities through communities of practice.

Katie works with the policy team to support the Council’s efforts surrounding the COVID-19 global pandemic. She works to identify and promote promising practices, common challenges, and key policy issues faced by the HCH community.

Cindy directs the Council’s efforts to engage and create a diverse community of individuals, coalitions, and programs that directly address issues at the intersection of homelessness and health care. She also manages the Council’s ongoing work to promote diversity, equity, and inclusion within the community of those who experience and address homelessness.

Julia has a variety of responsibilities in the areas of finance and administration that include accounts receivable and accounts payable, office maintenance,  clerical work, operations, and database support.

Director of Clinical and Quality Improvement

Brett works with the research team to support the Health Care for the Homeless field by developing and disseminating information, increasing visibility of HCH-related research through publications and external collaborations, and providing data-driven support to inter-departmental teams and workgroups.

Regina is responsible for representing the interests of the Council to policymakers and organizational partners in Washington, D.C., working with the Policy Committee to advance the Council’s advocacy agenda, developing policy positions and analyses, and mobilizing member organizations, service providers, and other advocates to end poverty and homelessness.

Caitlin is an occupational therapist with clinical experience working with adults experiencing homelessness to improve quality of life and engagement in their preferred communities. As the Medical Respite Manager, she works with the Director of Medical Respite on projects of the National Institute for Medical Respite Care (NIMRC) and the Respite Care Providers’ Network (RCPN).

Cecilia manages logistics and educational content for the Council’s major training events, including our annual National Health Care for the Homeless Conference and Policy Symposium, Regional Training, and Governing Membership Meeting. She serves as the point person for these major training events working in concert with the Director of Finance and Administration, Administrators Committee, other staff members, and other stakeholders.

Cecilia manages logistics and educational content for the Council’s major training events, including our annual National Health Care for the Homeless Conference and Policy Symposium, Regional Training, and Governing Membership Meeting. She serves as the point person for these major training events working in concert with the Director of Finance and Administration, Administrators Committee, other staff members, and other stakeholders.

Brenda serves as Executive Assistant to the CEO and is responsible for Board meeting preparation, special projects, and administrative support including scheduling, preparing executive documents and correspondence, managing travel itineraries, maintaining files, and other administrative duties. 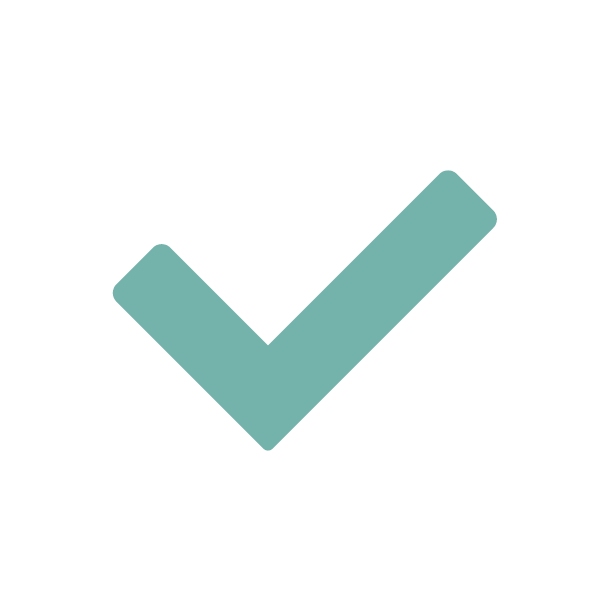 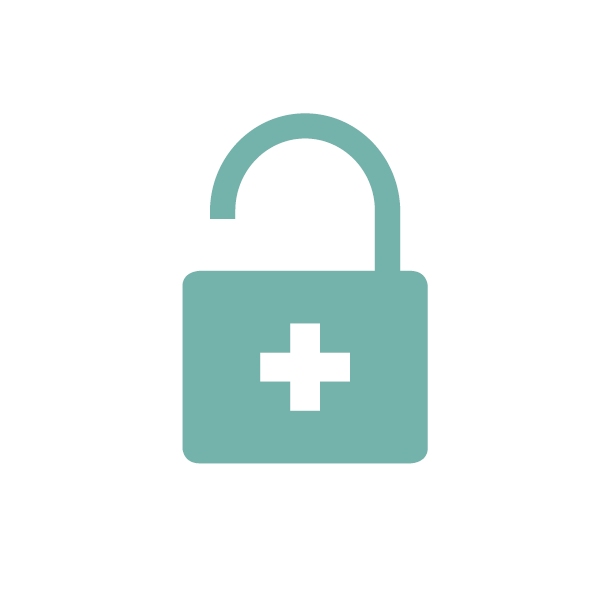 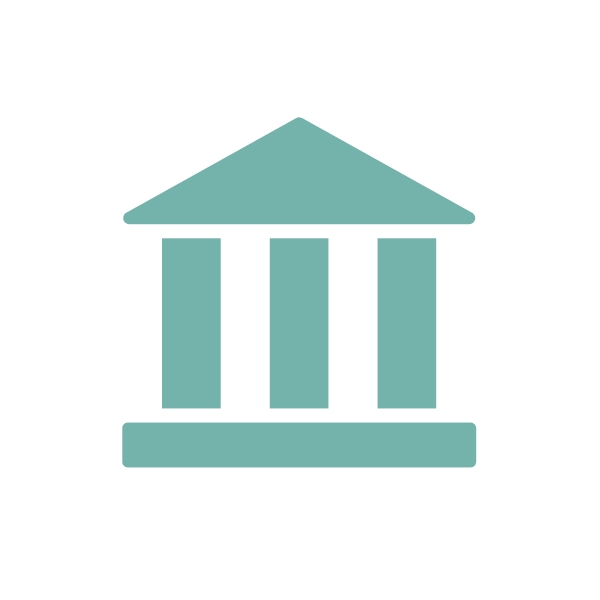 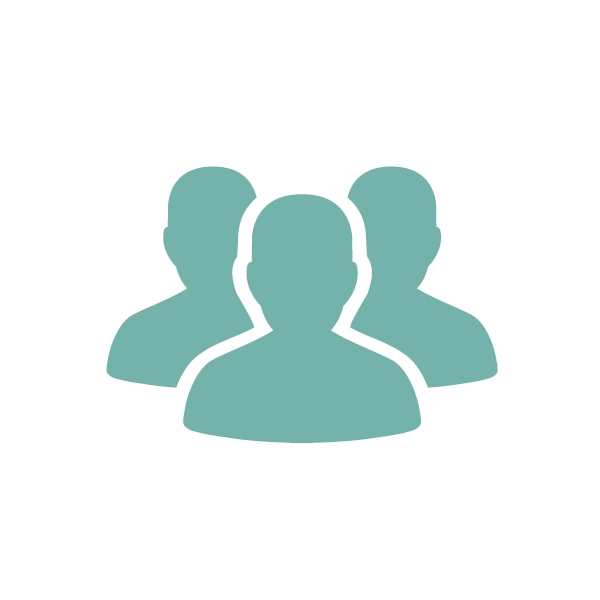 This report is a synthesis of findings gathered from a variety of sources. Background books, journal articles, and reports were consulted for information on the roots and development of the national Health Care for the Homeless (HCH) movement, including an annotated timeline created by the National Health Care for the Homeless Council (NHCHC). The principal source is the proceedings of an “HCH Pioneers” Special Session held in conjunction with the annual National Health Care for the Homeless Conference and Policy Symposium held in Portland, Oregon, from May 31-June 3, 2016. The four-hour session was titled, “HCH Pioneers Explore the Past and Address the Future of HCH.” This was planned as an interactive event with consecutive panels of long-time leaders in HCH discussing the following: 1) the vision and values of the HCH movement with its balanced commitments to direct service, policy advocacy, consumer involvement, and ending homelessness; 2) the evolution and development of the HCH model of health care, including what factors contributed to the changes, and how the HCH model fits within the current health care environment; 3) the impact of HCH in terms of improved health of the homeless population, influence on other social justice movements, and influence on the U.S. health care system; and, 4) ongoing and future work of HCH, such as the changing role of HCH within the rapidly evolving health care environment, the work of HCH to end and prevent homelessness, and the mandate for HCH leaders moving forward.

Between the panel presentations, two table discussions and large-group feedback time periods were scheduled, with each table having an HCH Pioneer long-time leader as the small group facilitator. Forms were provided at each table for participants to record their thoughts on each of the four session content discussion areas, and people were asked to include their names, phone, and e-mail addresses for possible follow-up clarification or elaboration of their notes. Due to time constraints, with panelists exceeding their scheduled time allotments, only one of the table discussions was accomplished. Out of a total of 140 session participants and 12 tables, we received a total of eight completed forms, two of which were from table discussion summaries. One of the individual forms was from a person who read his responses to the group during the large-group feedback time; therefore, it was duplicative information.

The author of this report, Josephine Ensign, took hand-written notes during the session, focusing on recording nonverbal cues of the speakers and audience members during the session, as well as other observations in order to add contextual information to the audio-recording and participant written forms. After the Pioneers Session, Ensign listened to the audio-recording of the session, read the participant forms, and wrote expanded field notes of the session. Drafts of these expanded field notes were shared with John Lozier and Barbara DiPietro, who directs the policy and advocacy activities for the National HCH Council, for their changes and additions. In addition, Ensign contacted people for clarification of their comments during the session.