Insights from the HCH Helpdesk

The 25% Rule and Why it Matters for HCH Standalones

Among the 300 health centers that receive Health Care for the Homeless (HCH) funding, 45 receive only that designation from HRSA, meaning people experiencing homelessness are their sole target population.

But people who move in and out of homelessness, and many others may not technically meet the definition of homelessness but still live in desperate situations of poverty and oppression who would benefit from HCH services. HRSA recognizes this through the “25% rule,” which permits standalone HCH health centers to serve stably housed patients so long as they

do not exceed 25% of their overall patient population (the same applies to other special-populations-only health centers). Why does this matter?

The HCH Helpdesk has received multiple inquiries lately searching for documentation of the 25% rule. In case it is helpful for others, here is what we know: the best source material we have found resides in PIN 2009-05, Policy for special Populations-Only Grantees Requesting a Change in Scope to Add a New Target Population. Page 3 implies the 25% rule:

In addition to those types of change in scope requests that are considered significant (i.e., add/delete/relocate a site or add/delete a service), a special populations-only health center must request prior approval from RSA to expand its current scope of the project to include a new population beyond that for which funding was awarded (e.g., more than 25 percent of the health center’s patient population is/will not be part of the defined target population).

In this case, since the new population being served is not consistent with that for which section 330 funding was awarded and represents more than 25 percent of the health center’s current patients, the health center is required to request prior approval from HRSA, in accordance with this PIN, to add the new target population (i.e., the general population) to its approved scope of the project.

Has your program encountered issues with the 25% rule in your site visits? What have you learned?

Let me know in the comments 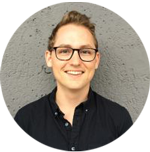 The 25% Rule and why it Matters for HCH Standalones